How to plan your first female solo trip? 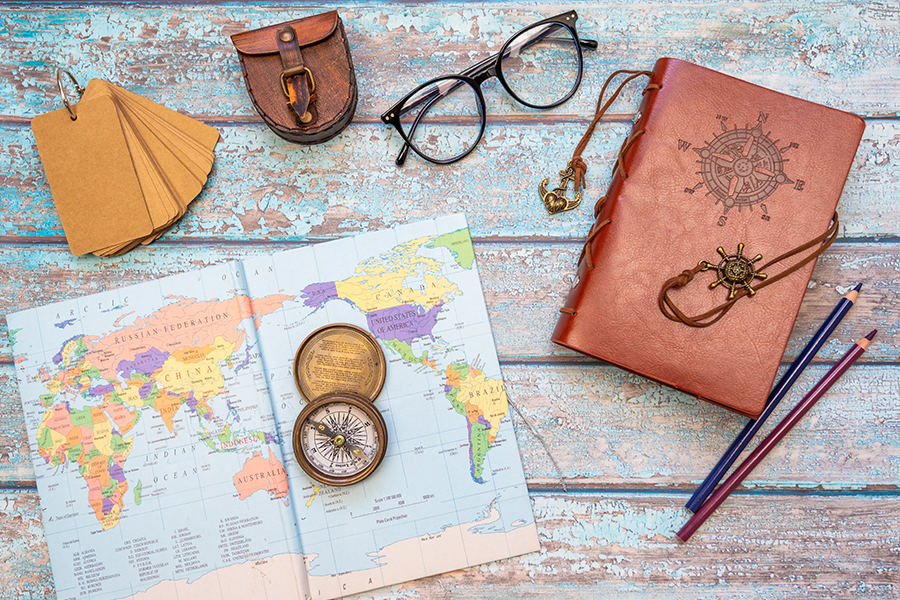 I was born in a communist country (former USSR) where traveling abroad was allowed only for a certain number of people and prohibited for the majority, and I was one of them. But, life goes on, things change, and after the collapse of the restrictive regime, traveling abroad became available for those who ventured.

In 2013, at the age of 31, I flew on a plane first time in my life. For a month, I was traveling alone as a woman in Spain, and at the end of that solo trip, I came to Mexico. I had a one-way ticket, a suitcase, and a camera backpack. I knew basic Spanish and had money to cover only three months of stay. I didn’t have a precise plan, but I had a strong desire to stay and build a life in Cancun. And I did.

Now I am 39, soon will be my big anniversary, and I am having another pivotal moment in my life. So, I decided it was the right time to share my journey and info about female solo trips based on my experience.

One of the first questions that came to my mind when I decided to write about “Female solo traveling” is when did it all start? Tracing back all my memories, I remembered a distant moment when I was 23 years old and had a summer job in the woman-owned hostel downtown. I worked the day shift, so I was able to meet many solo travelers from Europe and the United States.

One day, a man in his 70s arrived, and while doing a check-in, we had a nice conversation. He shared stories about the countries he visited and, in the end, said: “I had visited more than 40 countries, and I realized that the world is so big, that one lifetime is not enough to see it all. But I keep trying!”

But it wasn’t until my first divorce that I decided that my time to travel had come.

On one winter morning, while exercising in the gym, I “I am 30 years old, and I have never ever traveled on a plane. How did it happen?” I was amazed and culturally shocked. I tried to recall why it never occurred to me to travel, and the only reasonable answer I could have thought of was, “because I never dreamt of traveling alone as a woman.” And you can only have what you can dream about, so I started dreaming about taking a trip alone.

Many activities in life can be called interesting, but only some of them are truly captivating – for captivating requires discovery, something that already exist, yet recently new for you. Female solo traveling fits that description.

Humans developed the capacity to travel more than 70000 years ago when it was a necessity rather than a luxury. Back then, our ancestors were migrating from one place to another in search of a better climate and food. In the 21 century, we travel for work, pleasure, and find ourselves. The word describing the same process had changed, but the meaning stayed the same – a movement between distant locations. According to the Merriam-Webster dictionary, “travel” takes its origin from the French word “travail” and was first used in the 14th century. Solo travel for women became accessible at the end of 19th-beginning of the 20th century. And it has its own history, which was partly described in the book “The women I think about at night: traveling the paths of my heroes” by Mia Kankimäki, which I enjoyed reading. Recent studies have shown that women are more likely to travel solo than men, and the number is growing. Are we more courageous? I’d like to think that way, though I don’t think of courage when I am traveling solo. Instead, I focus on embracing the new environment, looking for peculiarities that reveal the secrets of the culture.

I perceive traveling solo as a deeply nurturing experience, a time to reconnect with my inner core and find inspiration to answer a question: “What’s next to come?”

But, enough of the memoir. Let’s get to the practical side of traveling alone as a woman. And following information is based on my personal experience.

How to plan your first female solo trip?

Solo trips for women are an ageless experience! You can do it any moment of your life! So trust yourself and your ability to travel anywhere around the world, plan, enjoy, and if you desire to share your solo trip’s emotions, I would love to hear from you in the comments!

I believe that fine art, creative and aesthetically beautiful activities can empower you to make positive changes in your life. I created “Fine Art Lifestyle” to inspire you with visual ideas and stories shared with love to help you flourish. The way I express my creativity in writing, speaking and photography has a direct connection to my Master's degree in art. I am inspired by colors, flowers, light, words and people.
Articles

A short inspirational story about a personal challenge.

One-way ticket: a jump into the unknown.

How traveling solo with a one-way ticket changed my life?